Please join us as we begin our journey with the topic of forgiveness. We start the process by recognizing pain and realizing what true forgiveness is. 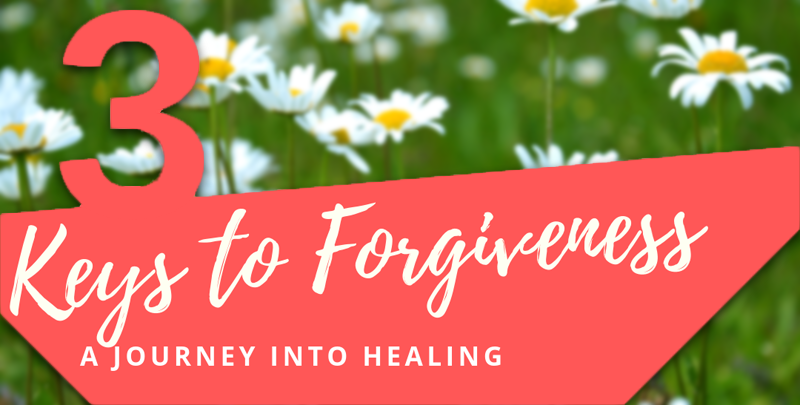 I’m sure we all have plenty of examples where someone has done something to hurt, offend, or stab us in the back. Sometimes we’ve had something to do with it, but other times it comes completely out of left field. For me, the most vivid example happened when I had been married for around two years. We had picked up and moved to a new community the year after we got married, with the purpose of supporting a local community church. We put our heart and soul into the community, doing everything possible to support them.

After a year or so we found out that my husband needed surgery. That one surgery turned into six surgeries over the course of two years. My assumption was that the community that we had poured so much into would come around and support us. I was wrong. For the next two years, I went into survival mode. Changing dressings and bandages, trying to spend time with a husband who couldn’t sit, all while taking care of our toddler. During these two years, we had less than a handful of times when people came to help. I was grateful for those times of support but I was hurt, disillusioned and exhausted. There were many days that the thought of forgiveness didn’t even cross my mind; they had failed me and I didn’t want to forgive them. It has been quite the process and struggle to walk through this journey to the place of forgiveness.

On this journey toward forgiveness, the first key is to recognize wrong deeds as wrong deeds. Oftentimes we tell ourselves that we are wrong for feeling the way we do. We can go back and forth between allowing ourselves to feel emotions and scolding ourselves for feeling them. I frequently talked myself out of feeling angry or let down and justified it by saying that everyone has their own lives and I can’t expect them to drop what they are doing and come to help me. 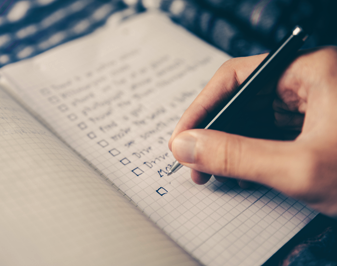 We also tend to overburden ourselves with ‘should’ statements. I should do this, that or the other. I should be over my anger now that I’m older. I shouldn’t have these feelings as it couldn’t have been that bad. I should be able to handle this. I shouldn’t expect to get any help. They should be able to see that I need help. The list goes on and on. (Raise your hand if you are famous for doing this.) And then we allow others to do the same – they ‘should-ing’ us as well. When we do open up they tell us, “You shouldn’t feel that way because…” While we can’t control the feelings or expectations of others, having our own unrealistic expectations of ourselves and others gets in the way of our forgiveness.

We must get to a place where we can recognize the failings or wrongdoings of others, as well as our own part in those situations that have caused us pain. When we are able to point out our own failings, we will still need permission to admit the depth of our anger, pain or disillusionment. We must recognize that our feelings about someone else’s mistreatment of us are an issue that deserves attention. Forgiveness can only happen when you let yourself admit the extent of your pain. In my example, I wasn’t willing to admit the extent it hurt me and went along in life pretending that everything was ok. It wasn’t until I could face the fact that this hurt and it hurt deeply that I could actually move on in the path of forgiveness.

When we recognize our pain, there are two extremes we need to balance. Our second key is to avoid the extreme of over-identifying as the victim and the extreme of not allowing ourselves to truly acknowledge wrong as wrong. 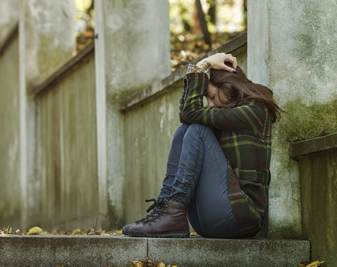 What is self-victimization you may ask? It is where a person clings too strongly to the victim’s role. They avoid taking any ownership over their pain or admitting they contributed to the situation that caused them pain. This leads to bitterness. By clinging too strongly to victim status, you are certain to remain stuck in a troubled way of life. This is something that I had to come to grips with, something I had to take ownership of. I could have reached out when things got to be too much. It is important to remember I am a person and have a voice. I needed to use my voice when in need or when things aren’t right. We must find balance by realizing we are not obligated to live in defeat and futility.

At the other extreme, there are people who won’t admit how normal their emotions might be. Many people invalidate their pain through phrases like, “I got what was coming to me” or “I caused the other person to act harshly toward me, so it was all my fault.” Such self-blaming statements are counterproductive. They keep us from not being fully honest about what happened. If you were mistreated and were hurt, it is normal and necessary to admit the extent of your feelings.

In the initial steps to forgiveness, realize that you will only be able to forgive when you overcome the tendency to invalidate your feelings and are willing to take ownership for pain and culpability. Not an easy place to get to, but vital. How can we move on or deeper when we victimize ourselves or invalidate our feelings?

Why Do You Want to Forgive?

Our third key is understanding a crucial thought. You don’t have to forgive. I will say that choosing to not forgive will almost always lead to a life of bitterness that will destroy our relationships with others and rob us of happiness.

“Choosing to forgive will not be authentic until you first allow yourself to wrestle with the question of why you should forgive.”

Many people, however, can struggle to forgive because they resent the fact that others tell them that they must forgive. We don’t like being told what to do, especially when it is something so hard to do. Choosing to forgive will not be authentic until you first allow yourself to wrestle with the question of why you should forgive. Your first responsibility is to be fully honest. You may not want to forgive that other person right now. And this was a place where I was at for quite a while, not fully wanting to forgive.

You are allowed to feel your feelings with no requirement to hurry and get over it. For many people, the only way to truly forgive is to be able to hold onto their feelings until they are fully ready to forgive. To truly forgive, you must define what it means to forgive and why you want to do it. Forgiveness is defined as the willingness to let go of self-harming or ineffective forms of anger. Most of the time the self-harming or ineffective forms of anger affect us more than those with whom we’re angry.

Forgiveness does not mean: letting go of healthy forms of anger, allowing others to disregard your needs and boundaries, becoming a human doormat, telling the wrongdoer that the past doesn’t matter and everything is fine now, agreeing to be friends with the person who hurt you, or denying that you have pain about what happened.

Forgiveness does mean that: you will let go of the demand for repayment or vengeance, you will free yourself to focus on rewarding relationships and pursuits, you will choose to give up obsessing about the person who wronged you and what happened, you will be willing to refrain from insulting the wrongdoer, you will let go of thinking that you might somehow control the other person’s life, and you will give yourself permission to make life choices that lead to contentment and peace.

I can say that even though it took me a long time to get to a place of authentic forgiveness, I finally got there. Thankfully I can say that forgiveness is powerful and amazingly liberating. All the time when I thought holding onto things can control the other person or people, it was actually controlling me.

In forgiveness you will give up the burden of having those situations control the rest of your life. It will give you the freedom to see things without filters distorting your outlook on life, whether by being the victim or by ignoring the pain. 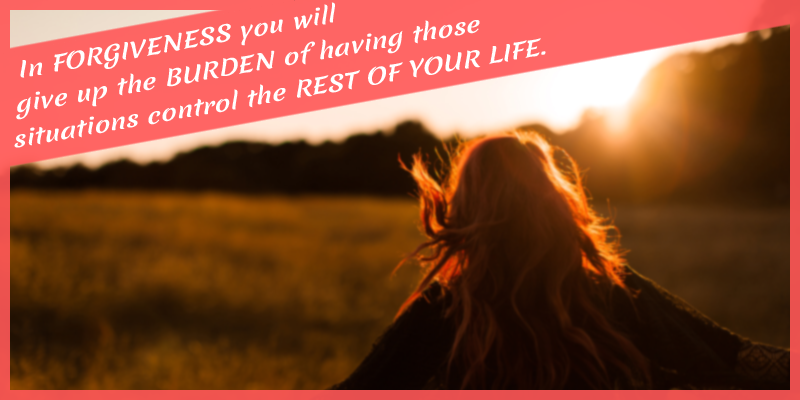 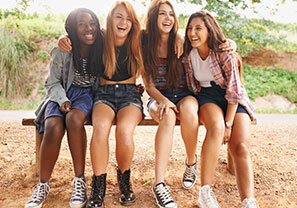 “The Best! Such a loving place. My family brought us here from Iraq to get away from war then my dad sent me to RVCA to help with our relationship and finish high school.”

“We can never thank all of you for giving us our daughter back!! Life is SO GOOD AND I’M PRAYING IT’s only going to get better & better!! I cannot tell you all how much I appreciate and am thankful for each one of you!! You all are our God given blessings!! You & God saved her from herself and such a self-destructive and angry mindset

“[Our daughter] will be graduating with highest honors and has decided to go to Vanguard University in the fall. She is doing great, and we know we wouldn’t be celebrating her graduation if it weren’t for River View! Thanks again for all you do!”

“We are humbly and eternally grateful for your guidance and wisdom. Thank you for weathering the storms with us and keeping a positive attitude. Through your exhaustive efforts lives are being changed, improved and saved. Many of God’s bountiful blessing this season.”

“Thank you so much for putting ‘wheels’ on your vision [for RVCA]. What a blessing to so many desperate people, parents, and kids (and grandparents).”

“I wish I’d known about Teen Rescue years ago when our family was in crisis. No one took the time to explain my options to me, let alone show me how to get the kind of help we needed for our child. We were trying to do it on our own. Teen Rescue provided valuable help and was a much needed resource for our family. Thank you so much!”